Home / The Programme / The programme

Dynamics of the programme of AVN 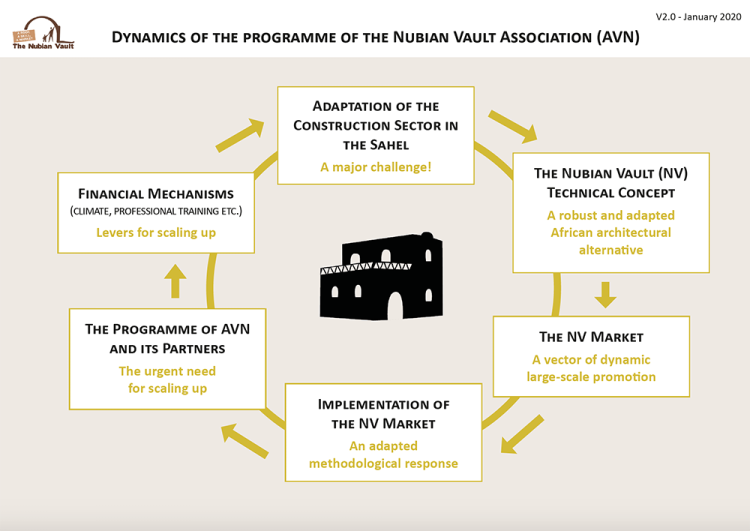 The challenge of housing in Africa

Housing is a key social need, nevertheless almost half the population of the Sahel (100 million people) are surviving under precarious, even inaccessible, housing conditions. Poverty, population growth and the disappearance of bush timber used for traditional architecture are depriving millions of families of decent housing.

To house themselves, these families have no other choice but to raid their limited healthcare, food and education budgets to purchase expensive imported - and unsuitable - corrugated iron roofing sheets.

"Affordable sustainable housing for as many as possible, as soon as possible"

Since the year 2000, the ambition of the Nubian Vault Association (AVN) is to develop a market for adapted housing in West Africa which brings together issues of housing, professional training, economics, environment and climate change.

At the heart of the programme is the Nubian vault, an architectural concept that is both ancestral and innovatory. This construction technique requires neither timber nor metal roofing sheets, but uses mud bricks and mortar as the raw material. Local labour is trained in the technique, providing much needed employment and a professional skill base of Nubian Vault (NV) masons. The results? Access by many families to affordable and comfortable homes adapted to the consequences of climate change, the creation of ‘green’ jobs, the strengthening of local economies at many levels, and the development of an adapted and sustainable construction sector.

AVN deploys an innovatory model of development based on the principle that it is better to “ ...teach a man how to fish rather than give him fish”, applied to the entire structure of the housing market and the construction sector. If it is better to teach people how to build a house rather than give them houses to promote the future construction of hundreds of NV buildings, it is even better to transfer to national and local actors the necessary skills for the creation of a dynamic and evolving endogenous market.

Accordingly, AVN’s actions operate at three levels of intervention, both geographically and institutionally:

At each of these three levels, AVN’s ambition is to move from a model of short-term assistance and dependency to one of long-term and sustainable development. 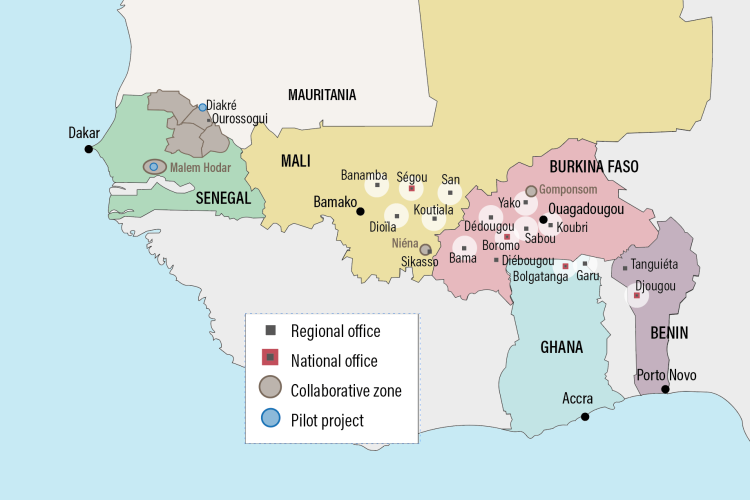 If AVN is currently at the forefront of the evolution of construction practices in West Africa, it is because of its experience of over 15 years, because its local networks have developed high levels of competence, and because it achieves measurable and growing results.

See all results and impacts