NGOs, associations, you have development programmes in Africa? For you and your beneficiaries, let’s offer together the Nubian Vault and multiply your impacts towards local communities!

Implementing the programme in your area of action

AVN proposes to initiate a Nubian Vault market in the areas where you work. You support the deployment of the market initiation strategy in a pilot village, zone or region. 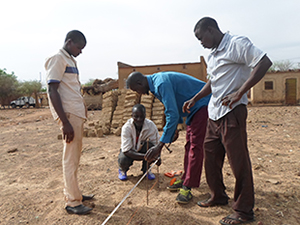 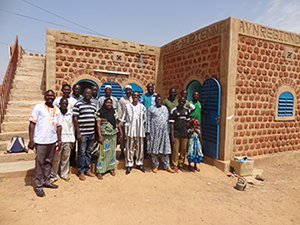 Since 2014, AVN collaborative work with the farmer’s association AKNGS in the Yako area (Burkina Faso) demonstrates what an exemplary partnership can be.

Very active, building its own capacities for fundraising, this organization leads autonomously its activities: project owner, awareness-raising, market support, NV housing microloan promotion with the microfinance institution UBTEC, support to masons in its area. Since 2017 AKNGS works with AVN to replicate this model to 13 other Naam unions.

Use the Nubian Vault method for the buildings you need for your projects (education, health, agriculture, cattle-farming, etc.). Provide better living and working standards to your beneficiaries, set an example for green buildings, and enable vocational training. 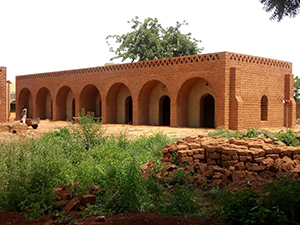 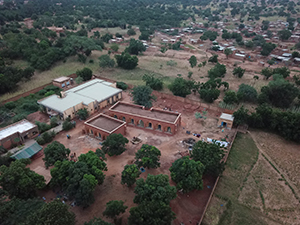 When setting up a rehabilitation project for people with physical handicaps, the NGO Morija decided to increase the capacity of its medical-surgical facility in Kaya (Centre-Nord region) with two new buildings, 280 m2 each, built in Nubian Vault, providing space for 30 additional beds.

“The main idea was to have a building that fit with our values and the principles of sustainable development. We were especially convinced by the concepts of non-imported local materials, of a simple, modular and replicable building system, of on-site vocational training and of energy sustainability. Furthermore, we had been seeking funding for new buildings for 2 years, to no avail. Integrating an innovative system like the Nubian Vault was what convinced them.”

Help us boost the training actions for Nubian Vault masonry. You will support the emergence of a trade with real prospects, and you will help answering the growing demand for Nubian Vault buildings. 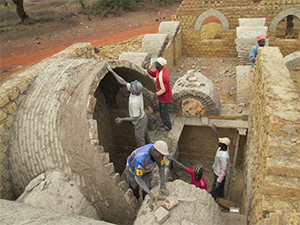 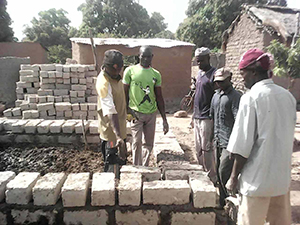 The association Tériya Amitié Mali has supporter for over 30 years the people of Niéna (Circle of Sikasso) in building development projects in the fields of education, health, culture and economy.

In 2015, it commissioned a Nubian Vault Artisanal Production Unit (APU) for Misola flour, to fight malnutrition and secure employment for women and youth, including via vocational training to the NV masonry trade on the construction-site. In 2016-2017, it continued its support by funding the training of 2 conventional masons and their 3 apprentices and the building of their own NV homes. In 2018 Teriya commissioned another NV building for Niéna (this time a double classroom) and supported further entrepreneurial development of metal sheet masons turned NV artisans.

An effective partner relay, Teriya Amitié Mali is today the linchpin for local dissemination of the NV concept in Niéna and more broadly in the Sikasso area.

When designing resettlement or sponsored housing programmes, consider having them built in the Nubian Vault system, to offer to your beneficiaries the added advantages of an appropriate architecture and vocational training. 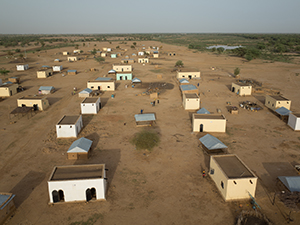 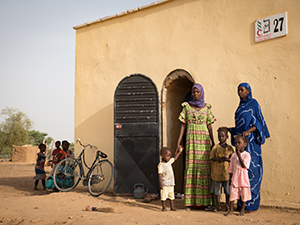 Between 2014 and 2°17, AVN supported the creation of the first all-NV village, established by the NGOs Banlieues du Monde and Le Partenariat, with the financial help of the Dubai Charity Association.

On the border between Senegal and Mauritania, the Sheikh Zayed Village of Diakré is composed of 51 private homes, a mosque, a literacy centre and a maternity. This project’s beneficiaries are Mauritanian returning refugees who left the country during the war. These families used to live in very substandard conditions, under metal sheets today used as stables for the cattle.