The Nubian Vault (NV) technical concept is an ancient architectural technique which does not require the use of increasingly precious timber or costly and inconvenient imported metal roofing sheets. Built essentially from widely available earth (adobe) bricks and mortar, the Nubian Vault provides a solution for affordable and well-adapted buildings suitable for private and community use, in both rural and urban settings. 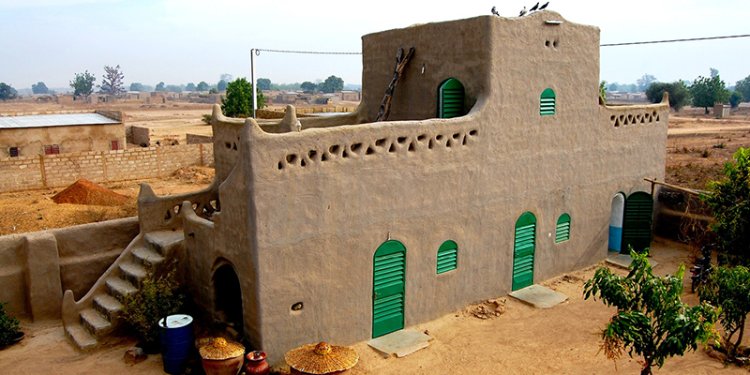 Originating in Nubia (now Upper Egypt) and historically unknown in other regions of Africa, the Nubian vault technique enables the construction of buildings with vaulted roofs without timber framework or shuttering; it uses locally sourced raw materials and simple tools, and requires only a basic level of technical competence. The most ancient mud brick Nubian vaults, in Luxor, are still standing over 3,300 years after their construction.

This technique was identified by the NGO Development Workshop in the 1980’s as a potential solution to the serious housing problems of the populations of sub-Saharan Africa. From 1998 onwards, AVN started to investigate the technique again, with a view to simplifying and standardising it so that it could be more easily adopted by local populations. After a series of technical trials in Burkina Faso, a streamlined method was evolved – the Nubian Vault (NV) technical concept – adapted to the climatic conditions and traditional know-how of the Sahel, easy to implement and ready to be adopted on a large scale.

The NV technique is thus ancestral and innovatory, both from its origins and its potential to respond to current and future challenges (population growth, climate change, desertification etc). Its many advantages make it nowadays the most promising construction technique for responding to the challenge of affordable and sustainable housing in Africa.

The advantages of the NV concept

Earth / adobe buildings, often considered pejoratively as archaic, nevertheless have many useful qualities for their beneficiaries whilst at the same time recognising the value of local ‘archi-culture’. 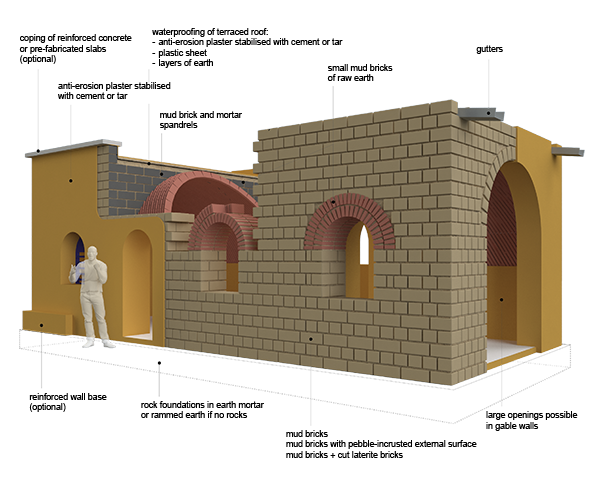 A Nubian Vault is:

The different types of NV

The Nubian Vault is a technique that is appropriate for private and community use in both rural and urban environments.

The NV for private housing

The NV for community use

Discover in images the main stages of the construction of a Nubian Vault, from the preparation of the bricks to the different types of finishes (french version) 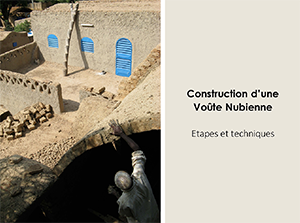 As with any constructive technique, buildings implementing the Nubian vault technique may be subject to a number of pathologies and disorders which in some cases will lead to disasters.