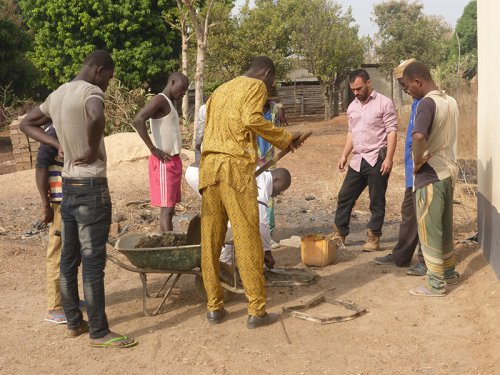 In January, Samuel Rodrigues, international coordinator of technical training at AVN, came to Djougou to run a training module for nine trainees from Benin and Burkina Faso. This module forms part of the intensified training actions being implemented by AVN to accelerate and improve training of NV masons. Four technical aspects of roof construction were covered in this module: the slope of the roof, and the fitting of gutters, the plastic waterproof sheets, and the parapet slabs. The reactions of the trainees are summarised below...

-* What are the pros and cons of this type of training? The training was carried out during the construction period on the sites, so we had to convince our clients of its value so that they were prepared to release the teams from the site for several days, which sometimes can prove problematic. On the other hand, this training will considerably reduce the number of problems with NV buildings in Benin, because most of them are caused by an incorrect slope to the roof or by badly fitted gutters.

-* What are your expectations now? We are pleased to have taken this module: honoured to have been chosen for this training from amongst other potential candidates, and we have acquired new skills in NV construction. We would like now to benefit from other modules on specific aspects of the NV technique, and also hope that AVN will be able to help other trainees who were not able to take part in this module.

Based on interviews by Narcisse Sare Ali, Regional Coordinator and National Production Manager at AVN Benin. 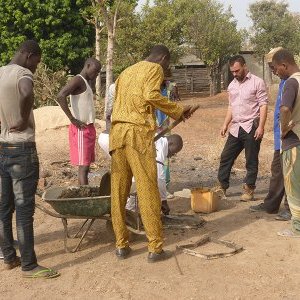 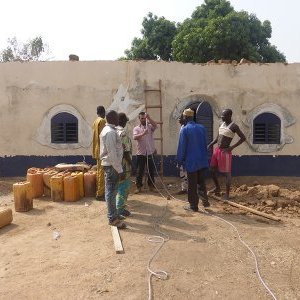 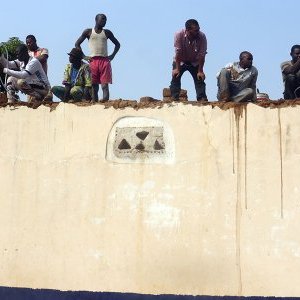 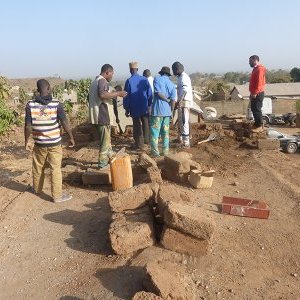