8
News
Home / The Programme / News / Burkina Faso: The Nubian Vault for the improvement of poultry farming 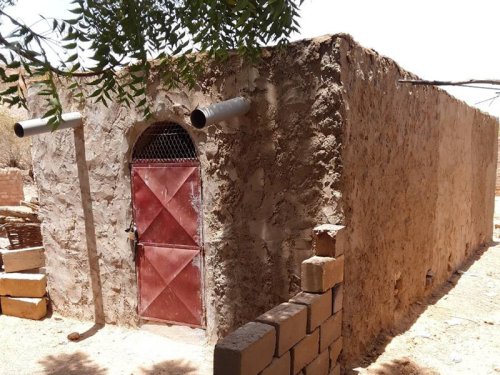 Burkina Faso: The Nubian Vault for the improvement of poultry farming

In Burkina Faso, poultry farming is common practice (by over 86% of the population), especially in rural areas. It contributes to the reinforcement of local economies, increased food security (production of meat and eggs, a revenue generating activity) and social cohesion, allowing for a reduction in poverty.

Welt Hunger Hilfe [1] Burkina Faso (WHH-BF), in partnership with the association Project Ecology and Reforestation (PER), SOS Sahel and AVN, initiated a pilot Nubian Vault poultry construction activity in the commune of Kongoussi from January to April 2018. This action aimed to support poultry farmers in the province of Bam (northern central region) in order to improve farming conditions in an effort to adapt against climate change.

This activity inscribes itself within the project: “Changing agricultural practices to prepare against strong rainfall and rising temperatures” [2]. Its objective was to test Nubian Vault technology in order to prepare for its expansion on a larger scale.

Using the Nubian Vault technique for the construction of cattle buildings presents many advantages compared to other widespread cement/ metal or earth/ metal building practices:

all of this to the benefit of farmers and animals, and thus the production process.

The 4 beneficiary poultry farmers (2 of which are women) all contributed to the realization of this pilot project with the providing of materials and preparation of bricks. Later, AVN helped by employing 6 NV builders to insure construction. During this first phase, 4 VN henhouses of 14 m2 were constructed. In continuity of the project, other similar constructions are planned for the next season.

Testimony of Houdou Bagayogo, a burkinabè farmer "Before now, my henhouse was made of sheet metal. On the inside, the heat was very unpleasant to my 35 hens, and half of the eggs ended up rotting. Now that I have a Nubian Vault building, my hens enjoy comfortable shelter. There is less heat; there are fewer insect pests; and there are very few losses. The shelter is so much better that every night, I have to shoo away my neighbour’s hens from my henhouse! I own today 65 healthy hens and I heartily recommend the Nubian Vault buildings for better animal well-being, and ultimately for better production."