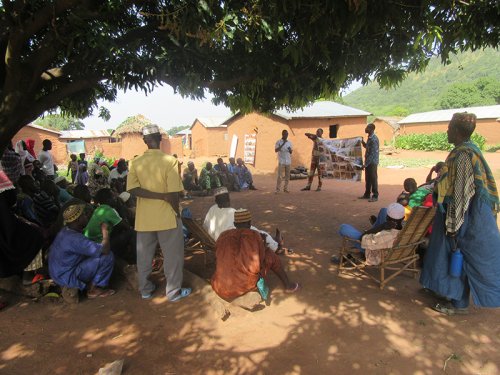 As part of the deployment of AVN-Benin’s actions in the Department of Atacora, Francis Tiene, responsible for AVN’s promotions and expert in the opening of new regions, accompanied the new Benin team based in Tanguiéta over a two week period..

Together, they visited many pilot villages so as to encourage future committed clients as well as the builders involved in the Cement Mason Promotions. A mission was also carried out to the Tanogou district, near the Pendjari National Park. The enthusiastic welcome from the local populations suggests that there will be a rapid take up of the NV concept in this zone.

This mission was a chance for Francis to appreciate the growth of the NV market in Benin since its opening in 2014 (in which he took part). This shared experience has strengthened the motivation of the new regional team to deploy the programme in the zone of Atacora, proving once more the quality of the mutual support provided by AVN’s different national teams. 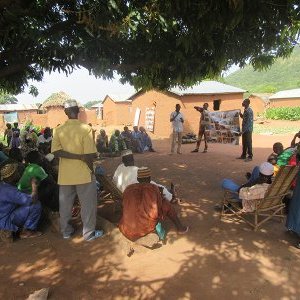